Do you want to hit the baseball with more power?

If so, there are a few things you can do immediately, without lifting weights, to becoming a much more powerful hitter.

I always joke that playing defense bought me enough time to learn how to hit.

That’s because it was only in the last 5 seasons of my 16 years playing professionally that I finally began to figure out some of these secrets.

That means for more than 10 professional seasons, I wasn’t getting the most out of my abilities!

That means for more than 10 professional seasons, I wasn’t getting the most out of my hitting abilities!

But it also means that the final 5 years of my career, playing for the Yankees, Twins and Rangers (when I was older and should have been sliding backwards) ended up being the best offensive years of my life.

Now that I’m done playing and I’m more involved with player development, I’ve seen the need for this information more than ever. I put together these 5 videos – 5 Keys to hit the baseball with more power, because I want to help YOU shorten your learning curve.

I mean, let’s face it, baseball is such a short window of opportunity. That’s why it’s SO important to avoid creating bad habits (like I did) that hold us back from reaching our full potential.

I hope you’ll find these videos are short lessons with a BIG impact.

PS.  If you’d like a sneak peak of what’s in the videos, here’s what’s inside….

5 Point Power Booster – How to hit for more power 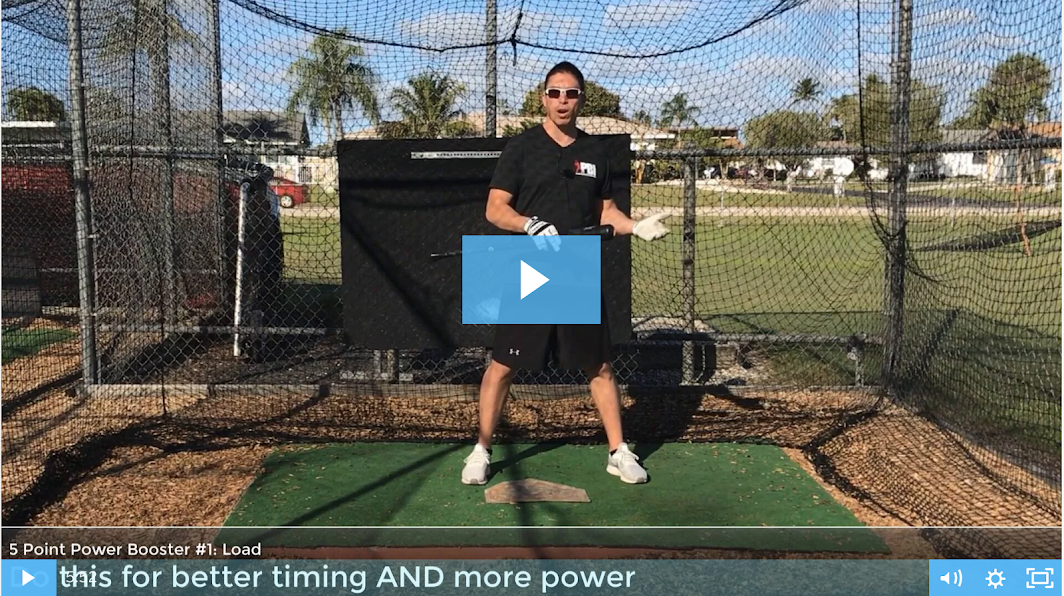 Video 1 – One simple tweak to your load that will improve your power at the plate (plus, it will help your barrel control and timing too) 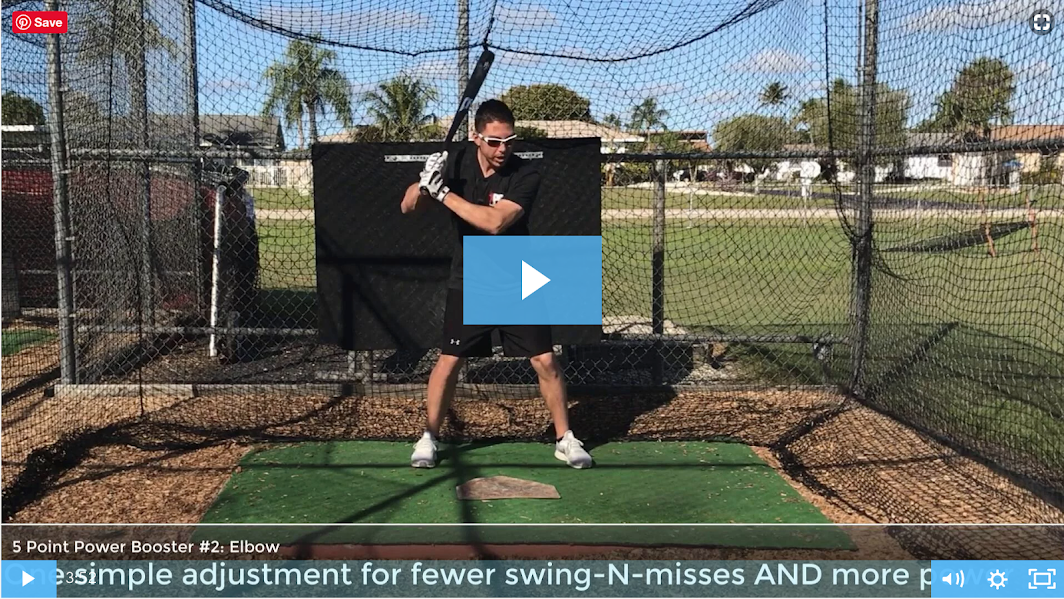 VIDEO 2 – This 4 minute video reveals the power-stealing mistake that took me 11 years of professional baseball to figure out.

And the best part?

It’s so simple a seven-year-old can do it! 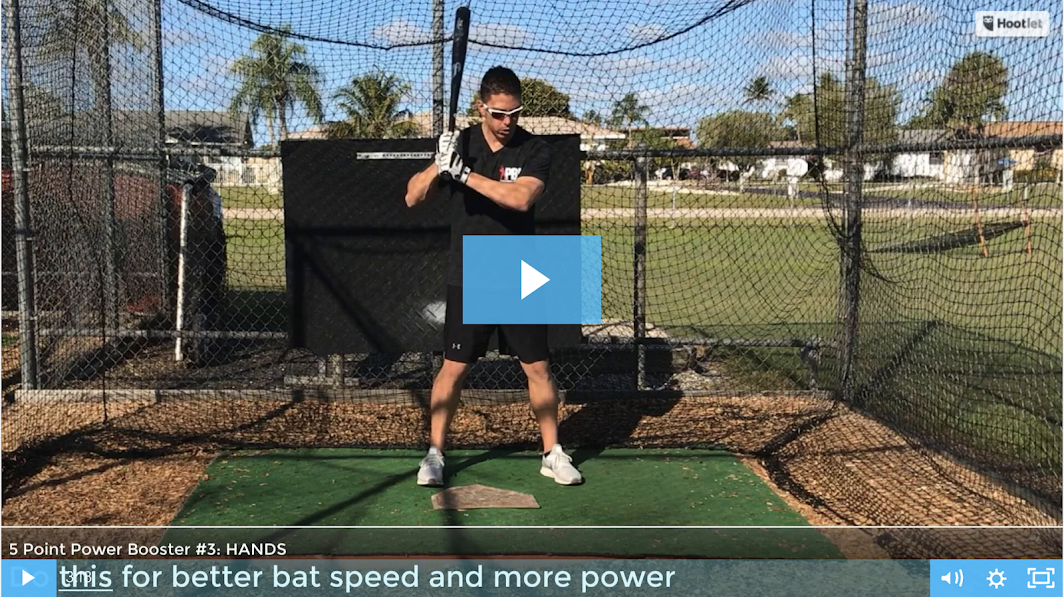 VIDEO 3 – The small tweak to your hand load that puts you in a stronger, more athletic position.

How to create tension free hands and upper body to allow for a quicker swing.
How proper hand load makes you stronger with less effort.
The simple change that can help you handle any pitch location by presenting more barrel to the baseball (which is a really good thing).
How to increase the distance from your back shoulder to your front hip at foot strike, so you are increasing the built up tension that is ready to be delivered into the baseball.
3 Different ways to “feel” if you’re doing it properly (It was the 3rd one that finally made it click for me) 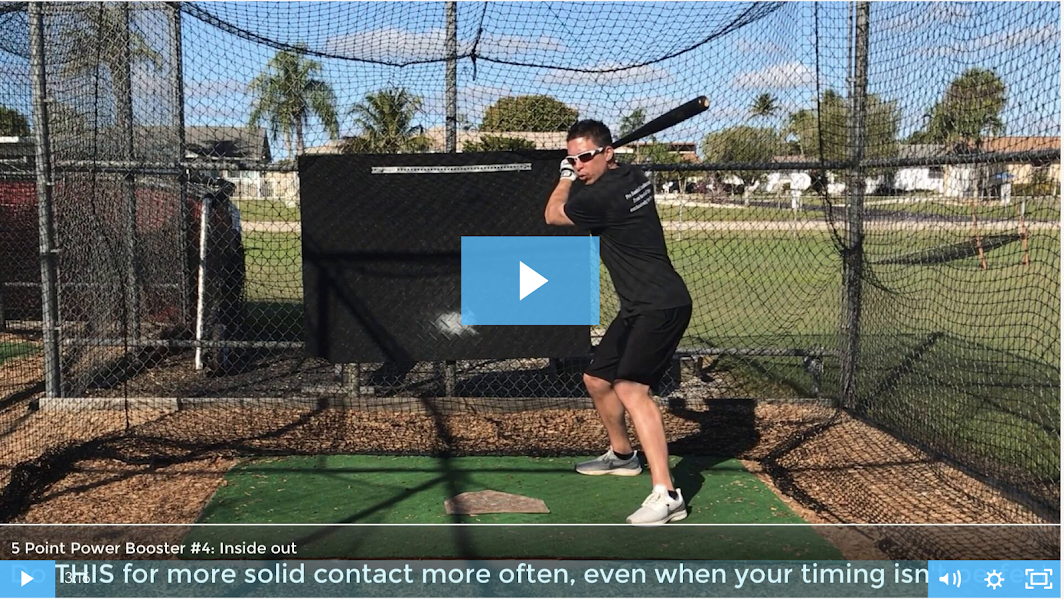 …your ball just dies in the air, instead of going the distance your want?
…you get weird spin on the ball that pulls it foul
…you get that perfect pitch, but instead of smashing it… it ends up being a ground ball to the shortstop
…you have trouble w/ the pitch on the outer half of the plate (looks like a ball, but really it ends up being a strike)
…you get jammed too often? (Meaning the ball hits the bat just off the barrel, too close to your hands)

Believe it or not, this simple 3 minute video can help with all of those problems. 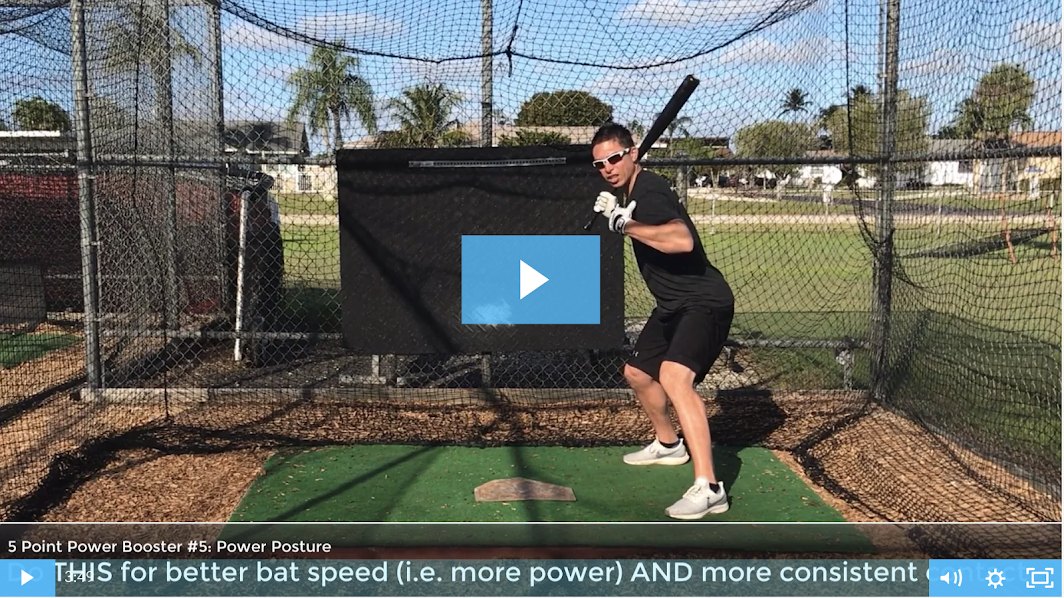 Video 5- The “Power Posture” can help you…

Have better plate coverage (especially if you’re having trouble with the outside pitch)
Better bat speed in the zone – i.e. you’ll hit the ball further
Better timing (so those those “just missed it” bloopers will become solid hits)

If you make this simple adjustment, many of those “just missed it” opportunities could become hard-hit line drives.