Parents, this is one huge reason you should be happy that your son or daughter is a catcher.

What is it about the catcher position that makes it a launching pad for future leaders?

​I found this article about catchers in the Harvard Business Review and I had to share it with you (see the excerpt below).

In short, the The Catcher Hypothesis teaches companies to ask, “How can we create a position in our company that is as good as the baseball catcher position at developing critical leadership skills?”

This idea is being taught in university business schools!  CEO’s of major organizations are looking at the position of baseball catcher and saying, “Wow, we need to learn from this.”

If this doesn’t convince you that being a baseball catcher can help to develop key leadership skills in your child, then I don’t know what what will.

Check out what the Harvard Business Review has to say about baseball catchers (below) and then comment if you agree with this post.  I would love to hear your story… how have you seen this play out in your own life?

The Catcher Hypothesis in leadership development

This is an excerpt from the Harvard Business Review’s Making Mobility Matter, originally published here.

“The role of the catcher in professional baseball illustrates the power of a single position to develop leaders.

There are 30 major-league baseball teams operating in North America.  Each team has one distinct on-field leader, the field manager. Traditionally, almost all the managers have played baseball professionally.

Among the 30 managers at the start of 2008, a disproportionate number of them – 12, to be specific – had played as catchers.

Considering that on a typical 25-man team only two or three members are catchers, and that catching is only one of nine positions on the baseball field, the fact that 12 out of 30 managers are ex-catchers is no fluke.

What is it about the catcher position that makes it a launching pad for future leaders?

It could be, of course, that players who are destined to become managers gravitate to the catcher position.

True as this may be, we believe that it is no less true that the position itself – far more than any other position – develops the leader.” 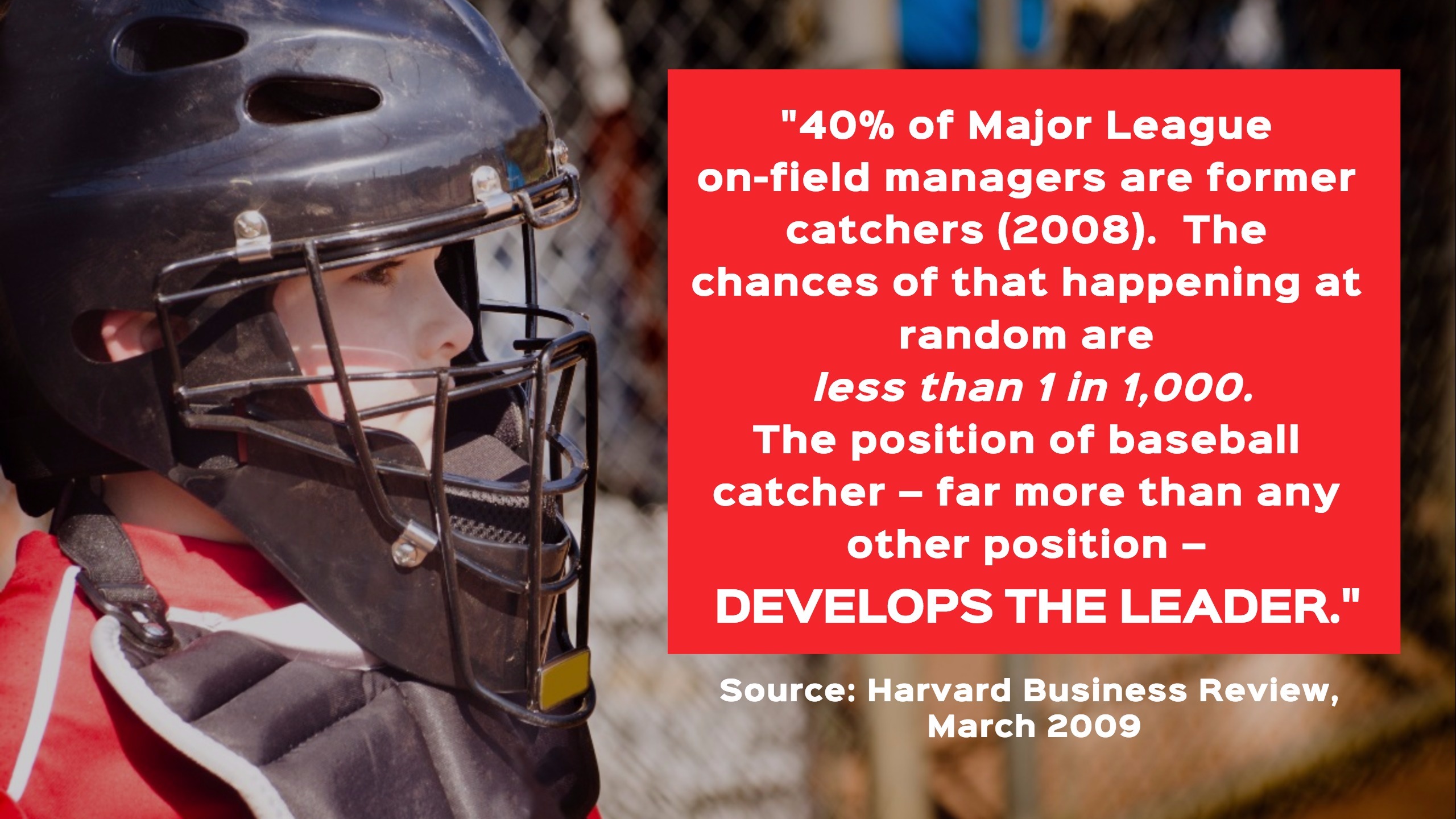