Accurately evaluating yourself to know what kind of hitter you are can be a difficult, but necessary, part of developing your personal hitting philosophy.  The great thing about a baseball lineup is there is room on every team and in the big leagues for all types of hitters.

A good hitting philosophy should definitely depend on what kind of hitter you are.  Are you a player that hits for a lot of power, do you try to set the table and get on base for the middle of the lineup, can you run, are you a good situational hitter, can you hit to all parts of the field or do you mostly just pull the ball. 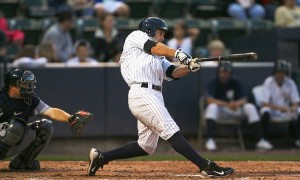 Accurately evaluating yourself and knowing what kind of hitter you are can be difficult. The great thing about baseball is there is room on every team and in the big leagues for all types of hitters.

Players get in trouble when they want to be something they are not. This is fairly common and a problem most young hitters face. Everyone wants to hit homeruns. But not everyone was talented in that area. If you hit one homerun a year and most of your outs are fly balls, you are only hurting yourself.

The good hitters use what they are given and use it to the best of their ability. If you can run, hit balls on the ground and utilize the bunt. If you can handle the bat, try to hit the 3-4 hole (in between 1st and 2nd base) with a runner on 1st base, to get the runner to move up to 3rd base.  Some hitters are trying to get on base any way possible, while others are in scoring position when they step up to the plate.  Understand your game, and embrace it. 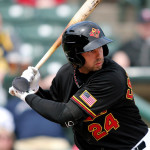 “It is important to have a plan as a hitter.  Hitters and pitchers are always playing cat and mouse with each other.  You should understand how pitchers are going to attack, and still stick to your strengths (i.e. Getting good pitches to hit; understanding what you want to do as a hitter).

Also,  great hitters don’t take at-bats off, regardless of score and situations in the game.  Hold yourself accountable to be mentally present during EVERY at-bat.”

What Makes Up A Typical Baseball Lineup

The typical leadoff hitter can usually run.  He has a high on base percentage, good average and takes his walks.  The leadoff hitter can handle the bat by bunting, good hit and run guy and doesn’t strike out a lot.  He can create havoc on the bases when necessary.

These guys are table setters, they can handle the bat. You need to be able to bunt, situationaly hit ( hit and run, hit a ball to the right side with a runner on second and 0 outs, sacrifice fly with runner on third.) These players should be gritty and battle.

The number 3 hitter is usually your best in the lineup.  He most times will have a unique blend of batting average and power. He hits in this spot to drive in runners, and he is guaranteed to hit in the first inning. He can put runs on the board.

are usually power guys that may strike out more than the others in the lineup but have long ball potential. Every time they step in the box they strike fear into their opponents.

are very good hitters usually high average with a little less power than the 3,4,5 guys. They are very important to protect the power spots in the baseball lineup by hitting well and driving in runners. The 6 and 7 spots in the lineup can have big RBI potential.  A team that has strong 6 and 7 hole hitters makes the baseball lineup so much deeper and a lot more difficult to pitch to.

This is a very basic template of a typical baseball lineup, this can change depending on the teams personnel in the lineup.  Possible changes might include:

I hope this overview of the baseball lineup can help you determine your own personal hitting philosophy and where you fit in the lineup.