Outfielders need to make split second decisions about where to throw the baseball. This article discusses what factors you need to consider so that you’ll be ready to go at game time.

Where to throw the baseball 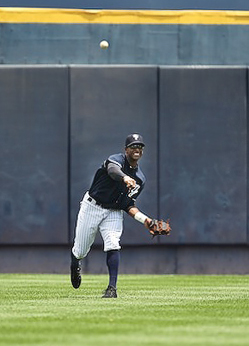 1. The rule of thumb is you should throw 2 bases ahead of where a runner starts. This applies on a ball that you can get to, that doesn’t get past you.

2. Most of the time, you throw 2 bases ahead of the lead runner.

3. It is very important to keep your throws low enough that a cut off man can make a play and re direct the ball to another base, if he needs to.  This keeps the double play in order, which is always very important.

4. Keeping your throws down will force the runner to make a decision. He is not sure if the cut off man is going to cut the ball or not, and therefore will most likely stay at his base and not try to advance. If he does, the cut off man will cut the ball and take an easy out.

“Know hitter tendencies. This is key for all outfield positions.”

– Kevin Russo, Outfielder for the SWB and NY Yankees

5. Keeping your throws down and using one or two hops to reach your target makes it tougher on the runners but it also gets to your intended target faster than if you were to make high rainbow throw that didn’t bounce. Also, it allows your infielders to make plays on other base runners.

6. With a runner at 1st base and less than two outs, a ball is hit where an outfielder has to move a little to field the ball, he has a decision. Will he make an attempt to get the runner at 3rd or throw it into 2nd and keep the hitter at 1st leaving the double play in order.

7. With less than 2 outs we want to keep a double play in order. If there are runners at 1st and 2nd base and there is a base hit to any outfielder, the throw will be in the direction of home plate. Keeping the throw down, the infielder will make the decision to let the ball continue traveling home, or to catch the ball and throw it to 3rd, 2nd, or 1st depending on what the other 2 runners are doing.

On this play you want to take an out if you can get it, but here we can be less aggressive unless the situation calls for a “must attempt” at 3rd base.

It is much better to play it a little cautious and keep the double play in order, than not to get a single out and have runners at 2nd and 3rd. Both of which are in scoring position. 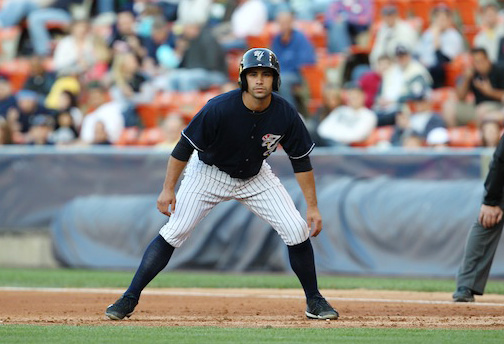 Know if a runner is fast or slow. Has he been aggressive in the past or does he jog around the bases. Knowing this can help your decision making process a lot easier. Most times we have to make split second decisions. Any information we get that can make our decision a little easier is always welcomed.

Knowing your runners will help a lot when trying to keep the double plays in order.

See all articles for Outfielders