Catching involves many skills that are difficult to explain on paper… Things like receiving, framing, blocking, mental toughness and leadership have to be OBSERVED to be evaluated.

That’s why pop time has become such a hot metric.

It’s one of the few objective measurements that gets written down on catcher evaluation forms.

But pop time is more than just a number to show off.

When your team can trust you to control the running game…

(Even better is when the other team is afraid to even try running, because they KNOW you’ll nail ’em every time. )

So, how can you improve your pop time?

Here are 5 common mistakes that could be holding you back:

The stop watch doesn’t stop until the infielder catches the ball.

if they have to reach

…or jump for the ball

…or wait for it to hop

those are precious fractions of a second ticking up on your pop time.

Maybe you knew that already.

The thing that most catchers DON’T know is that the reason they’re struggling with accuracy is happening long before the ball leaves their fingertips.

For example, most catchers have no idea that as they “pop” they’re actually creating momentum in the WRONG DIRECTION (with sloppy footwork, drifting to the side etc.).

Other times the body mechanics aren’t lined up properly, or the arm mechanics are wrong (especially if you pitch play or play outfield, because those throwing motions are totally different).

So when a catcher is frustrated because his throws aren’t always accurate, he tends to think “oh man it just slipped off my fingers.”

But that’s actually not the problem at all.

2) You forgot to cheat

Smart catchers know how to “cheat” (no, I don’t mean actually cheating) by moving their body into a coiled, ready, powerful position long before the ball hits the mitt.

If you wait until you’ve caught the ball to start your throwing motion, you’re already behind.

Getting the ball from your glove to your throwing hand quickly SEEMS like the most basic thing in the world… but it’s not.
Especially when the pitch is coming fast and with movement, or to an awkward location, there are several VERY common ways that catchers are wasting time. Some common ones include:

Something as simple as better transfer technique can have an immediate and noticeable impact for improving pop time.

Yes, thank you, Captain Obvious, we all want more velocity on the ball.

…the solution to this problem is not so obvious.

Sure, lifting weights and getting stronger helps.

But there’s a LOT more to it than that.

Just like with hitting, more strength does NOT automatically mean more homers.

For example, in 2016 Brian Dozier hit 42 homers. His teammate Joe Mauer, who is 6 inches taller and 30 lbs heavier, only hit 11 homers that year. Obviously, there are multiple reasons for this, but the main point I want to make is this…

A smaller guy like Dozier can create world-class bat speed IF he knows how to use his body correctly.

And the same goes for throwing!

In other words, even if you are lifting weights all summer, you’re still going to have an arm that’s weaker than the guy who is using his whole body correctly.

Bad footwork can do more than make your arm look weak, it also makes the whole exchange period take much longer (The “exchange” is the time from a catcher receiving the the ball to releasing it, and it’s makes up a big chunk of your overall pop time).

Some of the most common footwork mistakes that cost time (AND btw, also cause a weaker, more inaccurate throws) are:

So there you go. Hope this gives you a starting point for how to improve pop time.

Fix any one of these and your pop time will be better.

Now, if you’re interested in eliminating these problems that are keeping you from being your best, I’d love to help.

That’s exactly why I created The Elite Catcher.

Inside, I help you master MLB battle-tested techniques for receiving, blocking, throwing, back picks, plays at the plate, pop-ups, and basically everything you need to learn to be an elite catcher (if there’s anything missing, just let me know and I’ll film a video just for you!).

I’d like to help you eliminate confusion and bad habits that are slowing you down and keeping you from reaching your full potential as a catcher.

If you’re interested in joining, now would be a great time, since the 50% off Quarantine Discount is about to expire soon, and the price will be jumping back up to normal. 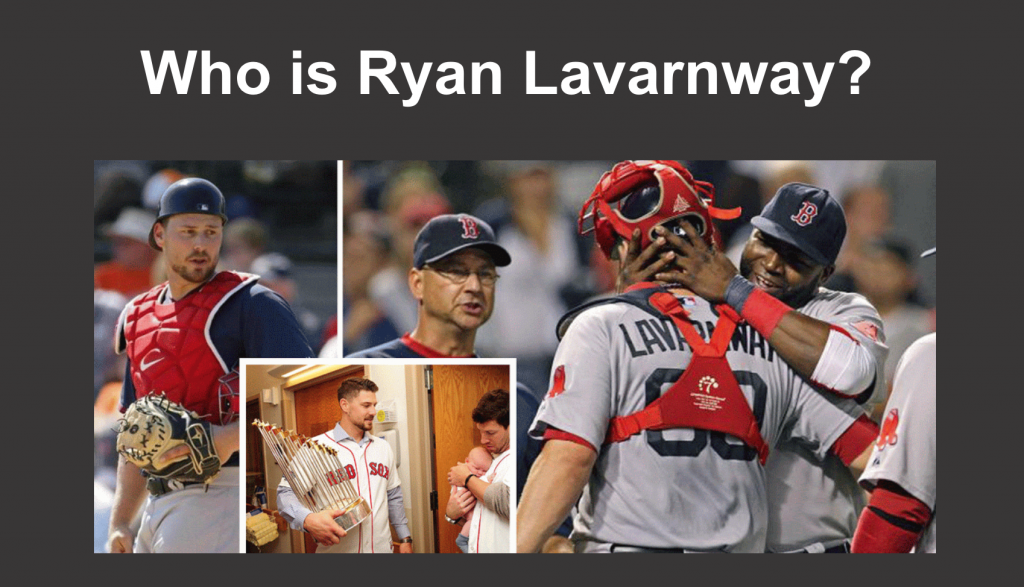 Since then he has played with the following organizations:

There’s also some really cool, really valuable bonuses I’m giving away right now as part of this promotion, including…

And just so you don’t feel any pressure, I’ve also removed all the risk. You have 30 days to take it for a test run, and if you’re disappointed in ANY WAY, just send me an email and I’ll refund 100% of your investment.

Click here to get signed up before the price jumps back up https://academy.probaseballinsider.com/p/the-complete-catcher

Here’s what people are saying about The Elite Catcher:

“The fundamentals did not look like this before studying your program. Hands down this program has been a game changer.

My son just transferred and took the starting catcher spot from a 4 year varsity senior…. as a Sophomore! Sorry not sorry, hard work pays off.

“Initially, I was hesitant in registering and paying for an online baseball course.

However, finding quality catching instruction from a person who’s played at the highest level is NOT easy to find.

What Doug and Ryan have done is put a 21st century touch on instructing baseball!

Both of my sons (Nathan and Sean) utilized the website, and the app on their iPods to watch the drills during otherwise idle time, like riding on the bus to and from school.

Since they could watch as many times as they needed, this translated into better understanding of the drills when it came time to practice them.

Ryan does a great job explaining not just how to perform the drill, but also explains why it is important to perform a certain way.

Executing the practice plans included in the course have helped Sean calm his stance down, so that he’s now catching the ball with his hand and eyes and looks much more comfortable behind the dish.

Nathan’s pickoff throws to first have drastically improved thanks to the drills presented in the course.

Both of my boys blocking has improved, even to the point of now they enjoy trying to block off a pitching machine!

My boys and I are very happy that we purchased this course, and I highly recommend it because of both its breadth and depth of instruction.

From members of the recent Quarantine Challenge:

“Yes! Ryan is the best thing that has happened to my 11 year old son.

This quarantine has been very hard for all the kids not being on the field. To have a pro catcher work with him has put a smile on his face. Ryan we can’t thank you enough.” – Mom of 11 year old, Ormand Beach, Florida

“This has absolutely helped my 12 year old son and our family. This has given our family a sense of normalcy and structure… We used to go once a week for private lessons, although our son loved it, he has been vocal and said he gets more from your workouts and has learned a ton in just a few weeks. Thank you again. Really appreciate what you and Jamie have done for everyone.” – Dad of 12 year old, North Port, FL

“I’ve followed Ryan’s career since he was at Yale. This is an exceptional opportunity for young catchers to learn the right way. Ryan is an exceptional teacher as well as an exceptional individual. He is giving back to the baseball community and helping young players who can’t help but be inspired by his example. Thank you.” – Coach and Father, New Haven Connecticut

I just want to thank Ryan as a dad as well as a coach. As a dad I can show my kid the drills, having a pro catcher explain it is better than dad doing it. From a Coach standpoint, it gives me the tools to help train my players wanting to play catcher.” – Father of catcher from Dallas, NC

You have provided the best explanations for when and how to receive and throw out of the one knee stance that I have ever listened to. Your daily drills and explanations are outstanding. Thank you very much for helping everyone out!