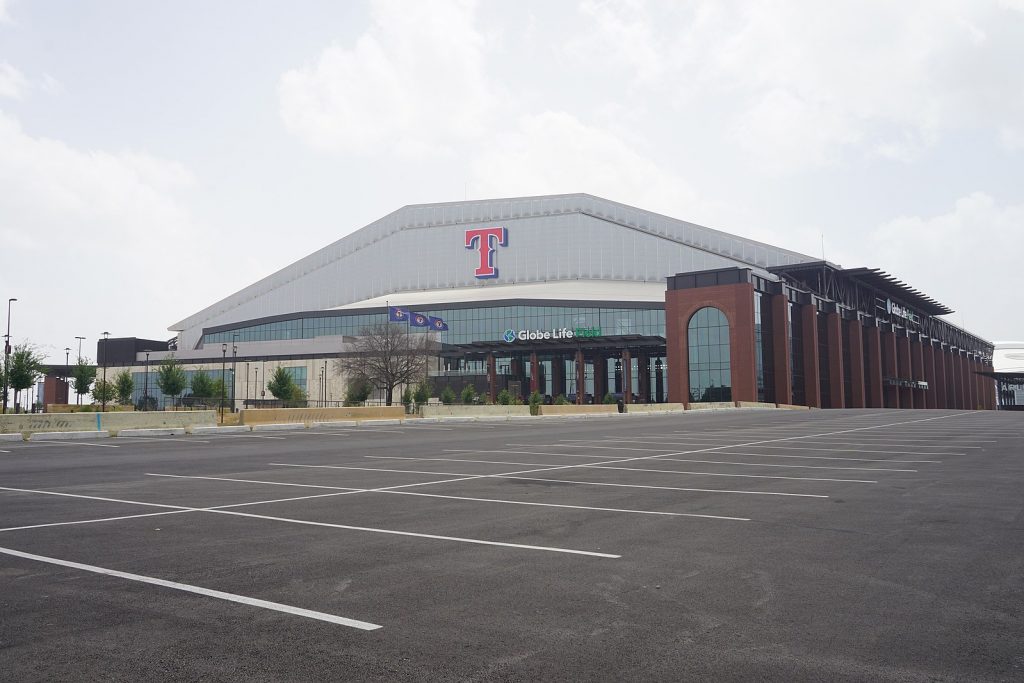 When the first pictures of the exterior of Globe Life Field hit the internet, the new home of the Texas Rangers almost instantly faced a wave of criticism and ridicule. It was compared to the giant BBQ grill and called a glorified garden shed or oversized warehouse.

The fans were relentless. 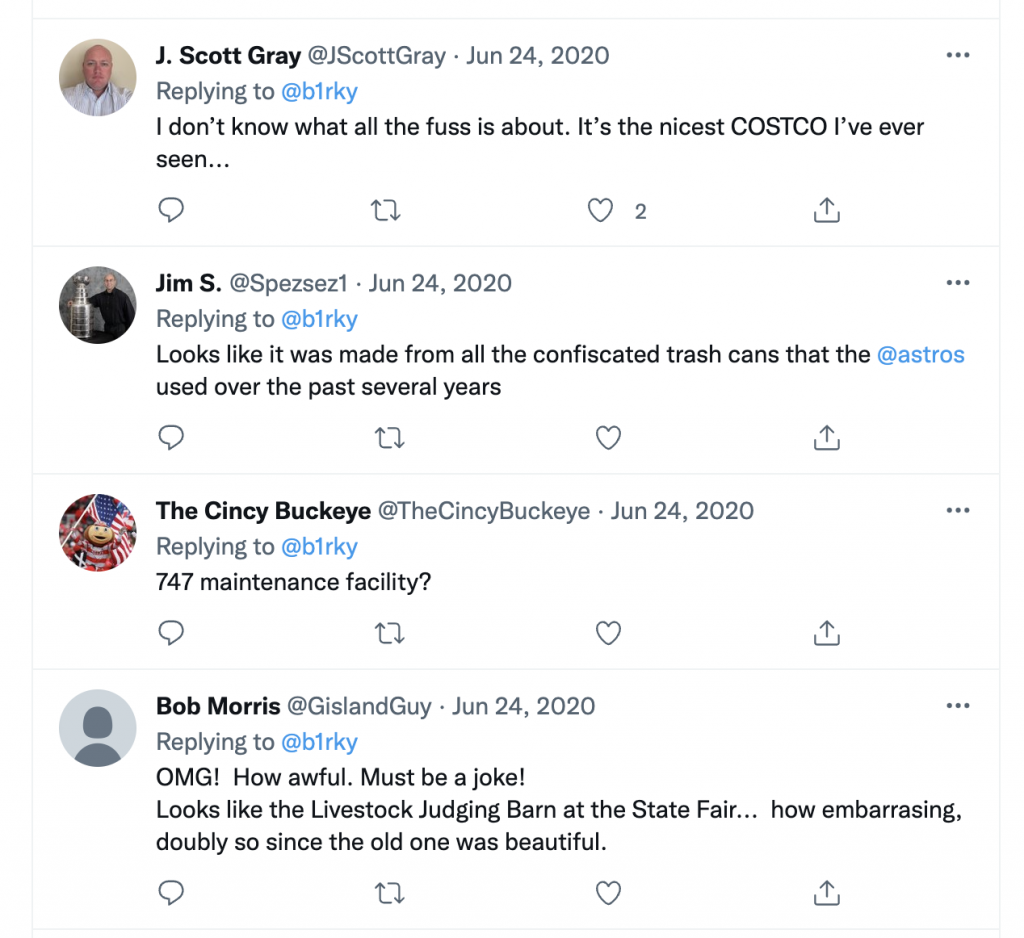 And it didn’t help that Rangers’ fans noticed the striking similarity to the ballpark of their arch-rivals, the Minute Maid Park in Houston.

However, once fans got a chance to take a closer look and attend actual ballgames, Globe Life Field proved to be able to offer much more than what meets the eye. Games at the new Globe Life Field stadium feel surprisingly intimate and provide a rather fun and immersive fan experience.

But what about now?  Do fans still feel that way?

In Globe Life Field, the Rangers will have their third home park since moving to Texas in 1972. For the first 21 years, the franchise played at the Arlington Stadium. The team’s home between 1994 and 2020 was the Ballpark in Arlington.

The franchise’s decision to move to Globe Life Park, first announced in 2016, came as a bit of a surprise. The current ball bark wasn’t that old and was still in good condition. Not to mention that the franchise invested over $50 million in various upgrades over the past decade. However, the lack of a retractable roof meant that the Rangers often had to play their games in the scorching heat, especially during the late summer. This caused a decline in attendance and likely deterred some free agents from joining the franchise.

With the construction costs totaling $1.2 billion, Globe Life Field is the second most expensive MLB stadium ever, The bill was split between the city of Arlington and the franchise, with the public portion capping at $500 million. This has drawn some criticism as it only added to the taxes locals are already paying for the construction of nearby AT&T Stadium. Still, it’s fair to say that most of the money was well spent.

A fair share of the budget was spent on the design and construction of the retractable roof, the largest single-panel stadium covering in the world. The total surface of the roof is 5.5 acres and it weighs a mind-boggling 24 million pounds. With the center made of transparent polymer materials, it allows natural light into the stadium, while keeping the average temperature in the enjoyable mid-70s. When needed, the roof can retract in only 12 minutes.

The playing field itself is also a marvel of technology. It features specifically designed synthetic grass which was developed after extensive research to provide player safety, optimal performance, and durability.

As you would expect from a $1.2 billion stadium, the audio and visual experience at Globe Life Field sets the standard for every other stadium to be built in the future. The best test of the AV system was during the stadium’s inaugural, but Covid-stricken, 2020 season when games were played with no fans in attendance. To make up for the lack of real fans, the Rangers used the best baseball field speaker around, alongside cutting-edge video technology, to create a high-energy environment and simulate realistic crowd noises.

Still, the heavy investment in the AV system proved its worth to the fullest once the fans returned to the games. Eight LED video displays, including the fifth-largest video board in the league, take the game-watching experience to a whole new level.

Close to the Action

One of the biggest advantages of the Globe Life Field over the previous Rangers’ home is how close to the action fans are. Even though its capacity (40,300 seats) is on the lower end in the league, the Ranger’s stadium succeeds where it counts the most – being a great place to watch a ballgame.

By splitting the upper deck in two, the designers managed to get even the cheapest seats relatively close to the field and provide them with great sightlines. The best view is probably from the 100 level, while those looking for the best shade on a sunny day should get the seats in the Right Field corner.

Plus, the fans can congregate at various points of the stadium and still get the perfect view of the game. Some of the best places to follow the action, including two 360-degree concourses, are not even in the seating area, so the fans are encouraged to get up and walk around.

The most common knock on the Globe Life Field is its somewhat generic design and lack of distinctive features tying it to the region and the Rangers’ history.

Still, from up close, you’ll see that this type of criticism is a bit unfair.

As you approach the stadium, you’re welcomed by statues of Rangers legends, including Nolan Ryan, Pudge Rodriguez, and Pedro Feliz, as well as former Arlington Mayor Tom Vandergriff. Throughout the concourses, you’ll find artwork on the walls.

These include a Texas flag made of painted baseballs and old jerseys collection arranged to spell Texas Rangers.

A particularly nice touch is incorporating the Rangers’ history into the dimensions of the field. 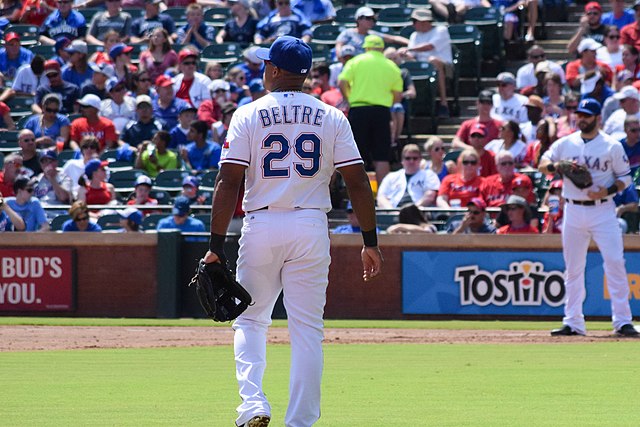 For example, the left field line is 329′ long honoring Adrian Beltre’s #29, while the centerfield measures 407′ to honor the catcher Pudge Rodriguez who wore number 7.

For better or worse, Global Life Field is where the modern baseball stadium design is heading. Just like the construction of the Oriole Park at Camden Yards in 1992 ushered in the era of retro ballparks, the new Rangers’ home, alongside Braves’ Truist Park, probably paves the way for the future stadium design and fan experience. Global Life Field is adjacent to Texas Live! complex with stores, bars, restaurants, and entertainment venues where fans can spend hours before the game itself starts.

New ballparks will likely serve not only as game venues, but more as holistic destinations where sports, entertainment, and commercial offerings all function as one. All being said, Global Life Field may not be a perfect ballpark, nor does it have the unique identity of Fenway Park or Wrigley Field, but it’s certainly worth a visit.  And ANYTHING beats sitting in Texas heat in the dead of summer.

Fun Fact:  Pro Baseball Insider founder Doug Bernier played on the old field when it hit the highest temperature on record up until that point… 118 degrees Fahrenheit on the field. Imagine playing baseball in that!