5xAllStar, 2010 NL MVP Joey Votto was asked about his #1, absolute best baseball hitting tips for youth, and this is how Votto answered…

So this is how it went down.

Is launch angle really the secret sauce for hitting more homers and making millions of dollars in the big leagues?

The Truth about Launch Angle

Baseball is a copycat league because of the never ending competition and the fact that organizations and players don’t want to be left behind when it comes to the next best thing.

Launch Angle is being stressed and taught as the reason to why players are hitting the ball further, producing more runs, and just being better hitters overall. It’s deemed as the necessary path for a youngster to follow in order to get the most out of their abilities.

I’ve struggled with this idea because the only results I saw from increasing launch angle were more impressive fly outs.

That’s why I was so impressed when I heard Joey Votto, first basemen for the Reds, explain his thoughts on launch angle.

I thought it was pure gold (see full interview video below). 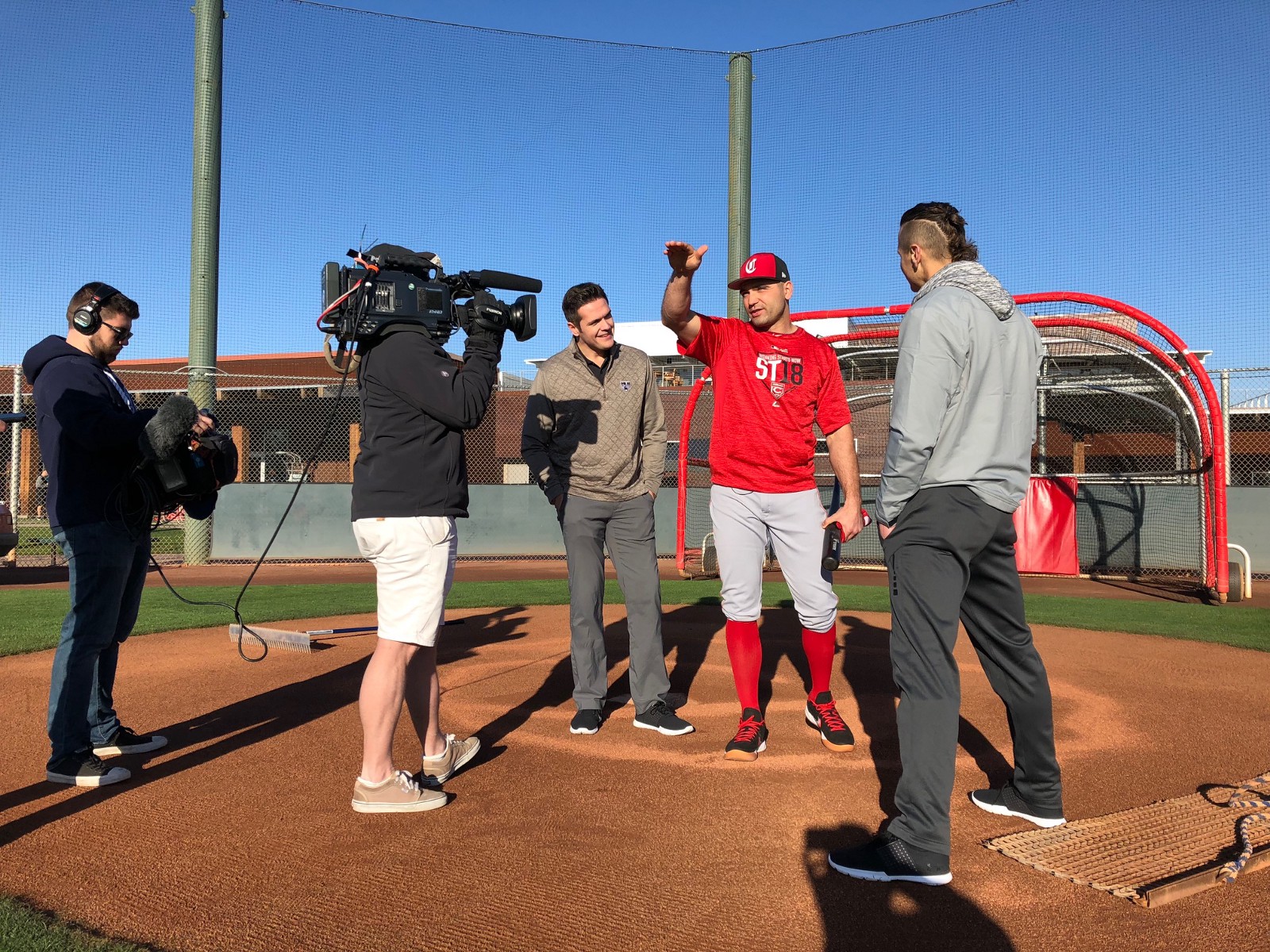 Votto said, “I don’t believe it tells the whole story.” “I think that a lot of players that have made the change in their hitting style from line drive gap to gap approach to attempting more fly balls and benefitting from it. I don’t think we’ve told the story about how complete they are as hitters.”

Even though he thinks others are right that ground balls are not productive he shares “I think we have to be careful with the younger players sending the message that all fly balls are good fly balls.”

All this hype about launch angle… I don’t believe it tells the whole story.

You’re not getting the whole story

He goes on to explain how the best players that are having their analytics constantly analyzed are such complete hitters that they have always been able to accomplish whatever they want on a baseball diamond.

They have the unique ability to be able to “do anything they want at any time” when hitting a baseball. As Votto said in the interview “You ask these guys ‘hey will you one-hop the left center wall, hit that sign in the right center gap, hit a short line drive to the 2nd baseman… they can do anything they want at any time. And I think that’s the story we’re not telling the younger players…”

Sure, we have seen some great stories like the Scooter Gennett’s, JD Martinez’s, and Yonder Alonzo, who have benefitted from increasing launch angle.

However, I personally have seen many players in the minor leagues attempt changes in their swing only to take a step back and put up worse offense numbers.

The media coverage doesn’t focus on the unsuccessful stories of making mechanical changes in the minor leagues. Because of this I think people get a false sense of hope that this is the answer for everyone across the board.

Talking about Mike Trout, “he has a diverse array of skills, and when the game asks him to hit a fly ball or asks him to line drive, he can do it.”

So, if launch angle isn’t an automatic, fast-track pass to the big leagues… then what is your #1 hitting tip anyways?

If you were listening, Votto already mentioned the importance of several things… body and bat awareness, hand/eye coordination, control.  I bet if set up a game with targets at the back of your batting cage, that Trout would be pretty good that too.  Hint hint.  That gives you something to practice!

All of this makes perfect sense when you finally hear Votto’s #1 hitting tip for youth baseball players.

Erik Byrnes says “I’ve got a 6 year old boy at home.  What’s the number one thing you would teach him about hitting?”

I loved his answer.  Here’s what Joey Votto said would be his #1 hitting tip…

Let the ball be your feedback

So simple.  So true.

Here’s what he said…

“Let the ball be your feedback.

If I were to talk to any young hitter, [I would say] it’s watch the ball come off your bat.

Just because you hit the ball a long way doesn’t mean you necessarily did the right thing.  But if you can pop straight line drives with good backspin, I think good things happen.”

“Let the ball be your feedback.”

What better way to kick off #30Clubs30Days than with @Reds‘ Joey Votto talking hitting? pic.twitter.com/TKwoqHN4Oo