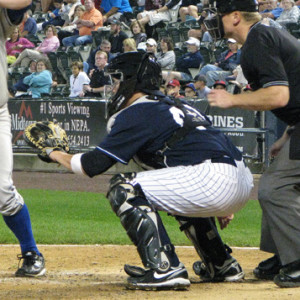 PJ was drafted in 2004 by the New York Yankees and spent 7 years as a professional catcher. He retired after the 2011 season and took a position as a coach in the NY Yankees organization.

Things to think about when choosing your best catchers mitt.

“Overall, I like how All-Star fits. It’s not too bulky, and it fits the body well. It’s pretty much the standard for catchers gear.” – PJ Pilittere

The break-in ratio (% Factory / % Player) tells you if the leather is going to be harder or softer when you pull it out of the box. Some players like to know that the glove is almost game ready when they pull it out of the box (Factory %). Other players like to do the breaking in themselves. They feel the glove lasts longer and is more conformed to their specific preferences (Player %).

A Note from Rawlings:  “The Pro Stock models are models made for Pro Players that are taken around to the Spring Training sites in Arizona and Florida and distributed. Those that aren’t either sold or given at those sites are sold online.” 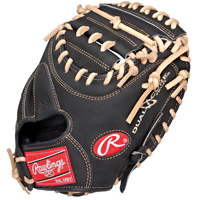 Heart of the Hide Catchers Mitt

Where to Buy – Baseball Monkey | Amazon (We like that Baseball Monkey has free shipping over $49 and they have a 30 day free return window. Amazon usually has a good selection as well as older models that may be harder to find on other sites. 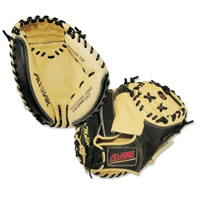 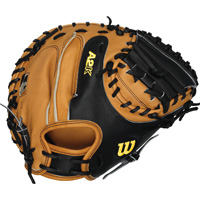 In total, Wilson has 1 A2k catcher’s mitt and 5 models of the A2000. You can find them all at Amazon, or most of them at Baseball Express, or Baseball Monkey
Louisville Catchers Mitts 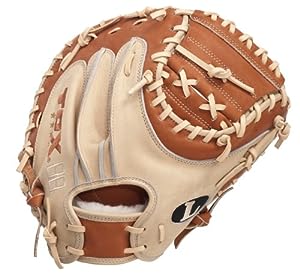 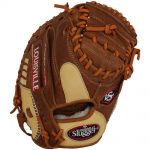 “The pocket size is good. Extremely easy to break in, almost game ready out of the bag” – PJ Pilittere

There are a number of pros and cons to consider when choosing the right catchers mask for you. Not least of those concerns is safety and functionality. One important thing to note is that there is some controversy right now about which type of mask offers more protection against concussions, though there doesn’t seem to be any definitive answers yet. Both styles have been evaluated and have safety standards issued by the National Operating Committee on Standards for Athletic Equipment (NOCSAE). Manufacturers can voluntarily subject themselves to these standards in order to get the NOCSAE certification stamp.

The traditional catchers mask is not as widely used as it once was, but it is still preferred by many pro players over the newer hockey mask alternative.

First developed in 1876 as an adaptation of a fencing mask, this style catchers mask has been around for a while. Some people believe it is better for avoiding concussions because it is designed to come off the face f needed. This theory says if baseball hits the mask with the right momentum – the mask can fall off and supposedly that the head from having to absorb all that momentum.

The hockey-style catchers mask is a newer invention, and is favored by many pros over the traditional mask. Some of the pros of this style include better coverage of the face and sides of the head against back swings, and better visibility for certain common catchers moves. It may also be better at dispersing the force of a square hit to the face.

“I like the Hockey Mask style catchers mask. Vision is maximized, so you never have to take it off for pop ups, bunts, balls in dirt, etc. Plus, it covers all of your jaw for back swings and if you turn your head on a ball in the dirt.”– PJ Pilittere

*Disclaimer* The information contained here is anecdotal and should not be considered safety advice.

Trusted Brands. These are the major catcher mask producers that the pro catchers I play with would feel comfortable using: Rawlings | All-star | Diamond |Easton | Louisville | Mizuno | Under Armour | Wilson

“As a final note, I would caution you that fit is the most important thing to consider. It’s tough to find decent catcher’s gear stocked in the average sports store, so you usually have to buy online. Luckily, most online stores have good return policies, and some even have free return shipping. Be sure to use this feature. If you order something that looks sweet but doesn’t fit right, return it and try something else.” – PJ Pilittere

Shop for Catchers Gear at:

THANK YOU! If these tips for choosing a good catchers mitt were helpful, we hope you will help support this site by using our affiliate links to go where ever you buy your glove. Anytime you click one of our links, that retailer gives us a small percentage of whatever you buy in the next month or so – and it doesn’t cost you anything extra at all.