What is the Strike Zone in Baseball?

The strike zone is the area over home plate where the pitcher is trying to throw the ball.

It’s an imaginary rectangle.  The width is determined by home plate (17″).  The height of the strike zone is from the batter’s “midpoint” (the midpoint between top of shoulders and belt) and the “hollow of the knees”… which means the back of the knees where they bend. 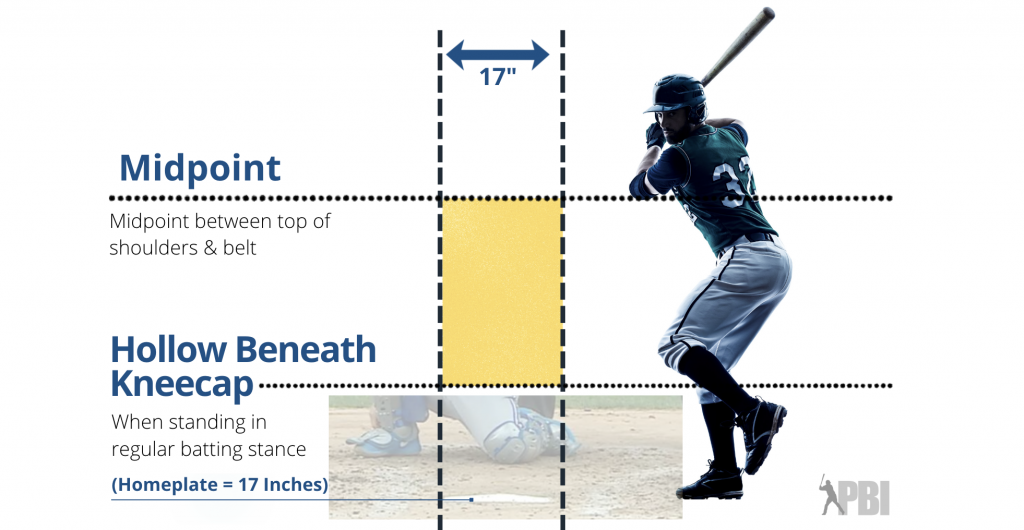 What is the Strike Zone in Baseball?

According to official MLB rules, the STRIKE ZONE is that area over home plate the upper limit of which is a horizontal line at the midpoint between the top of the shoulders and the top of the uniform pants, and the lower level is a line at the hollow beneath the kneecap. The Strike Zone shall be determined from the batter’s stance as the batter is prepared to swing at a pitched ball. (For diagram of STRIKE ZONE, see Appendix 5.)

What are the Baseball Strike Zone dimensions?

Does the strike zone change based on height?

The answer is yes, the height of the strike zone changes based on the hitter.  This image provides a great example of what that looks like for tall baseball player vs a shorter one. 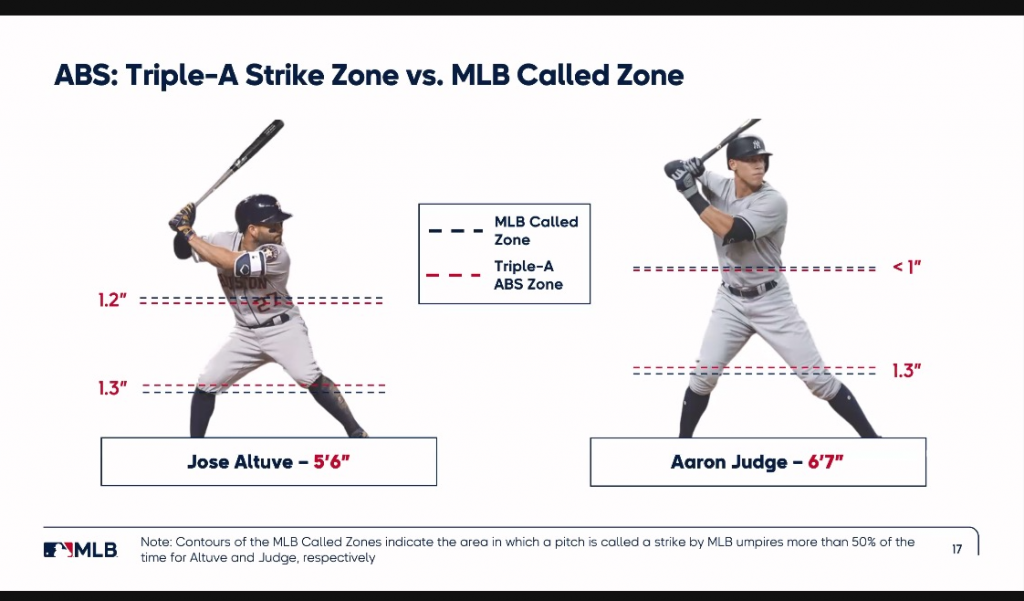 What is the Strike Zone in Little League Baseball?

The Little League Strike Zone (2.00) “The STRIKE ZONE is that space over home plate which is between the batter’s armpits and the top of the knees when the batter assumes a natural stance. The umpire shall determine the strike zone according to the batter’s usual stance when that batter swings at a pitch.” 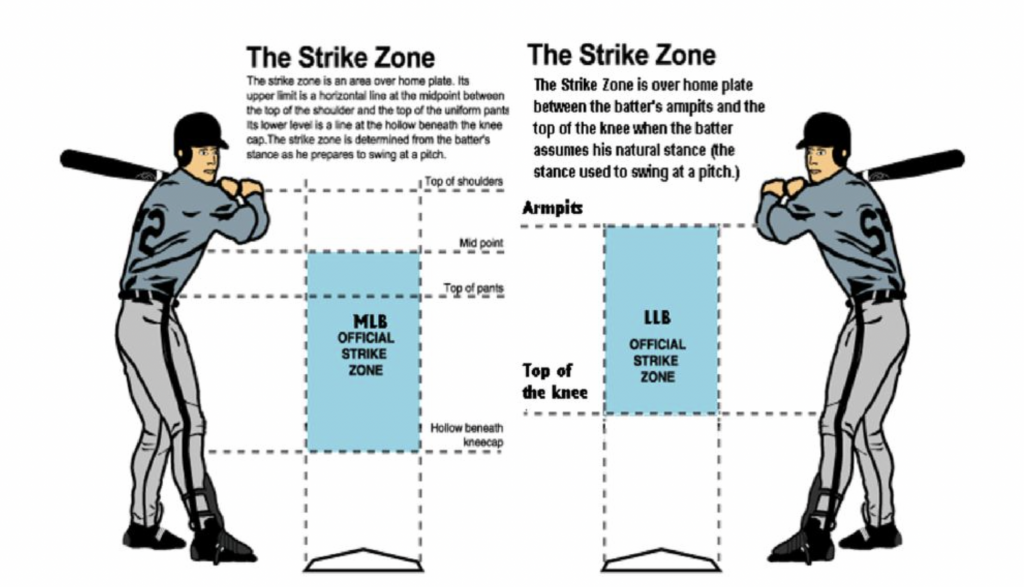 What is a strike? (official definition)

According to the official rules for MLB in 2021,  “A STRIKE is a legal pitch when so called by the umpire, which:

A History: Evolution of the Strike Zone in Baseball

Believe it or not, back in 1876, baseball batters could determine their own strike zones.

They could tell the umpire if they wanted the pitch to be high, fair, or low. They notified the umpire and the pitch had to be thrown at the batters’ desired strike zone.

Batters’ own choice of selecting their pitch led to conflicts between pitchers and umpires. Pitchers often complained about umpires making unfair decisions about the pitch.

This led to the American Association defining such a zone for the first time. The rule stated that the pitch must be delivered at the height called for by the batter. If at such height it passed over any part of the plate and the batter failed to swing the bat, it was a strike.

However, umpires are humans and human beings are prone to errors.

Umpires make correct judgment for 99.5% of baseball games. However, there are many instances where errors occur in judging the strike zone. According to a 2018 study by Boston University, umpires made 34,294 wrong calls of strikes and balls. It is an average of 14 wrong calls per game.

In the same study, researchers have derived the percentage of umpire blind spots at the strike zone for that year:

Playing effectively in the strike zone and passing good judgment has much to do with being comfortable on the field. If you are not comfortable you cannot perform well. Your mind and body have to be involved in the game for a better performance.

For that, you need to equip yourself with safe and high-quality equipment. If players do not employ safe equipment, then they are prone to injuries. According to USA Today, last year, the injury rate of MLB players rose in 2019.

As of this writing, covers.com reports 274 players of Major League Baseball are on the injured list.

A 1996 study by Consumer Product Safety Commission (CPSC) estimates that protective baseball equipment reduces 36% of injuries to children each year.

The following protective equipment is important to affect the safety and performance of umpires and players on the field:

You can buy this equipment from your nearest sports shop or Click here to buy them online.