Team captains & baseball superstars – you might be impacting your team more than you realize.  Are you the reason your team is losing games?

Inside baseball locker rooms is where you will find a hierarchy of players.  Like it or not, this is the way a baseball team is set up and functions.  Competitive juices flow up and down the talent pool but depending on the team it is usually cordial.

In my experience as a team captain in high school and college, and then being low on the totem pole in professional baseball, I have experienced both sides of this coin.  I understand how influential the leader or team captain is and how their actions directly impact the rest of the team.

Whether or not you would like to admit it, the best player on the team is usually one of the leaders (coach appoi 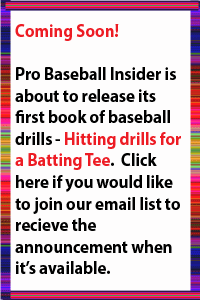 nted or a natural shakeout).  In high school and college I don’t think I knew quite the impact I could have had on the success on our team.  I didn’t realize until I got to professional baseball.

Team killers.  Not being an everyday player in pro ball and watching our “leaders” I felt a competitiveness with them.  I didn’t want them to out work me or give better effort then I did.  Since effort is one of the only things we can control in baseball I figured I should bring this everyday to the field.  I noticed however as our captains started showing up a little later to the field, or they didn’t run hard around the bases, or they started missing extra batting practice sessions that the rest of our team followed.  The trickle down effect destroyed our team.  In professional sports where the margin between winning and losing is extremely small, once the team starts to cut corners and not put in the work or effort, losses start to pile up and it becomes a very difficult hole to climb out of.

Once this happens usually one of the “leaders” tries to be inspirational by saying something to the team, but he is still unaware that his actions are speaking so much louder than his words.  Look around at the great teams not only in professional baseball but in all leagues.  The teams usually reflect their leader and the best teams have leaders that work hard and lead by example.

Lead by Example.  Last year during spring training, I got to be on the field with Derek Jeter everyday and watched how every single practice he worked very hard.  From taking extra swings in the batting cage to running hard in conditioning drills he always led by example.  I was impressed how he ALWAYS ran balls out to first base.  Even on ground balls to the second baseman he will give you a good effort.  Wow, if he runs hard, I know that I better run hard.

If you are a captain or leader on any team, don’t take for granted the impact and influence you have on your team.  Lead by example and watch how the team will follow your lead and the team will become a more cohesive unit.

Note to Parents:  Parents, your kids probably don’t even realize the impact they have on the rest of the team.  Similarly, you may not realize how influential your own example and words can be to your child.  I’ve seen parent’s notice that their child is working hard and say “Great job!”  That small compliment is no big deal to us, but to the kid, it makes all the difference in encouraging them to continue that behavior.  Or if the reverse is true, it falls on us to call our kids to a higher standard.   Our input and encouragement can go a long way toward helping our children lead their peers in a positive way though hard work, sportsmanship, team unity, and more.  You never know who is watching and who your child is influencing.

Check out our free baseball tips from professional players: