This post has baseball catching tips from 10 former Major League catchers, who answer the question, “What do you think is the most important skill that a catcher should have?”

Catching is a demanding job. You’re involved in every pitch, have a role in practically every play, and are looked to as a leader on the field. To play the position successfully, you must have talent, athleticism, durability, and much more.

Many younger catchers I know are incredibly motivated, passionate about their chosen position and eager to improve.

Knowing this, I reached out to a large number of former MLB catchers – men who have made it to the highest level of their profession – to collect their baseball catching tips for the next generation.

Scott Perry of Catcher’s Home wrote to 10 Major League catchers around the country and asked “What do you think is the most important skill a catcher should have?”

This post will highlight the responses I received from 10 former MLB catchers that I reached out to. I asked them a number of questions, but arguably the most important – which is shared here – is the question: What do you think is the most important skill that a baseball catcher should have?

The following are their answers to that question.

Responses from the former Major League catchers to the question…

What do you think is the most important skill a catcher should have? 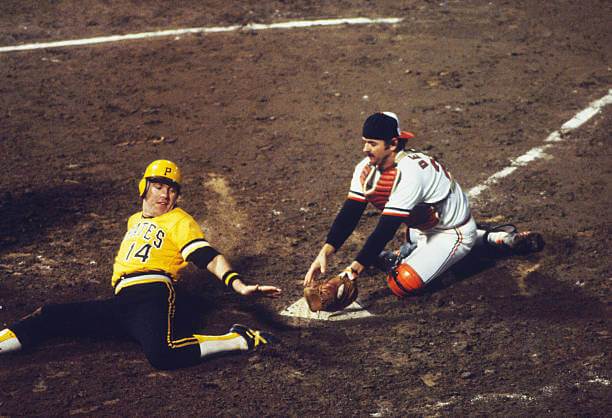 Ed Ott played in the big leagues for 8 years. He caught for the Pittsburgh Pirates and California Angels, and won a World Series ring with the Pirates in 1979.

Ed hit .259 with 33 home runs over 567 career MLB games. He was a strong defensive catcher, and was among the top 10 in the National League for caught stealing, caught stealing percentage and catcher putouts in two or more seasons.

“Toughness – the kind of tough that’s just there. You don’t call attention to it. You just have it. Along with being able to run the game.”

He collected 53 home runs, threw out 133 runners attempting to steal, and was a member of the 1996 Baltimore Orioles team that made it to the ALCS.

“First, should know your Pitchers and how to call a game.

Jake Gibbs first became famous as a star Quarterback for Ole Miss, leading them to two Sugar Bowl victories. He also played Baseball in college – and was so good that he skipped the NFL and signed instead with the New York Yankees out of college.

He would go on to have a 10 year MLB career with the Yankees, playing alongside such superstars as Mickey Mantle, Roger Maris and Yogi Berra. At the end of his career, he would yield his position behind the plate to a young Thurmon Munson.

Jake’s answer to our question was: 1. Should know your Pitchers and how to call a game (host talk(s)). 2. Correct fundamentals in foot work and throwing – blocking balls in dirt and home plate.

“The most important skill for a catcher to master is receiving pitches well.”

Brian Harper first made a name for himself as the starting catcher for the 1991 World Series winning Minnesota Twins team. However, he spent time in the Pittsburgh Pirates, St. Louis Cardinals, Detroit Tigers and Oakland Athletics organizations before his tenure with the Twins.

He finished his big league career playing a few games each with the Athletics and the Milwaukee Brewers. In addition to his World Series ring, he holds a .295 MLB batting average, he hit 63 home runs, and collected nearly 1,000 hits.

Harper’s response to the question was: “Receiving pitches well.” 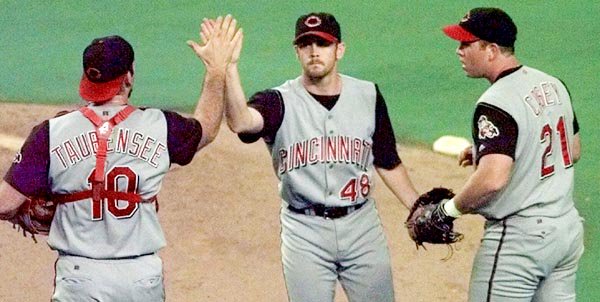 “Toughness, along with leadership”

Eddie Taubensee had an 11 year career in the majors, playing for the Cleveland Indians, Houston Astros and Cincinnati Reds.

Eddie’s perspective on our question about the top skill a catcher should have was: Toughness, along with leadership.

The most important skill for a catcher to master is the ability to call a good game with his pitcher.

John Wathan played in 860 games in the MLB, all for the Kansas City Royals. He had a lifetime .262 batting average and was a member of the 1985 Royals team that won the World Series.

Notably, Wathan set the modern day record for most stolen bases by a catcher, swiping 36 bags in 1982.

John’s answer to our question was the following: “The ability to call a good game with his pitcher.”

Matt Merullo had a 6 year career in the big leagues, spending time with the Chicago White Sox, Cleveland Indians and Minnesota Twins. He collected 116 hits over 223 MLB games, and made 475 Putouts behind the plate.

Merullo retired after the 1995 season with the Twins. Since then, he has worked as a scout with the Arizona Diamondbacks and as a minor league manager in the Baltimore Orioles organization.

His response for the top skill question was: “Soft hands to catch.”

Johnny provided a detailed response to my question, which was:

1. Learn how to relax your arms.

2. With men on base, anticipate the ball being thrown in (the) dirt – block it.

3. Concentrate on getting the pitcher by, find out early his best pitch (and) control. Throw a(n) off speed pitch early when behind, everyone on bench is looking and hitters don’t like to be fooled.

Johnny Edwards had a 14 year career in the majors playing primarily for the Cincinnati Reds, as well as the St. Louis Cardinals and Houston Astros. 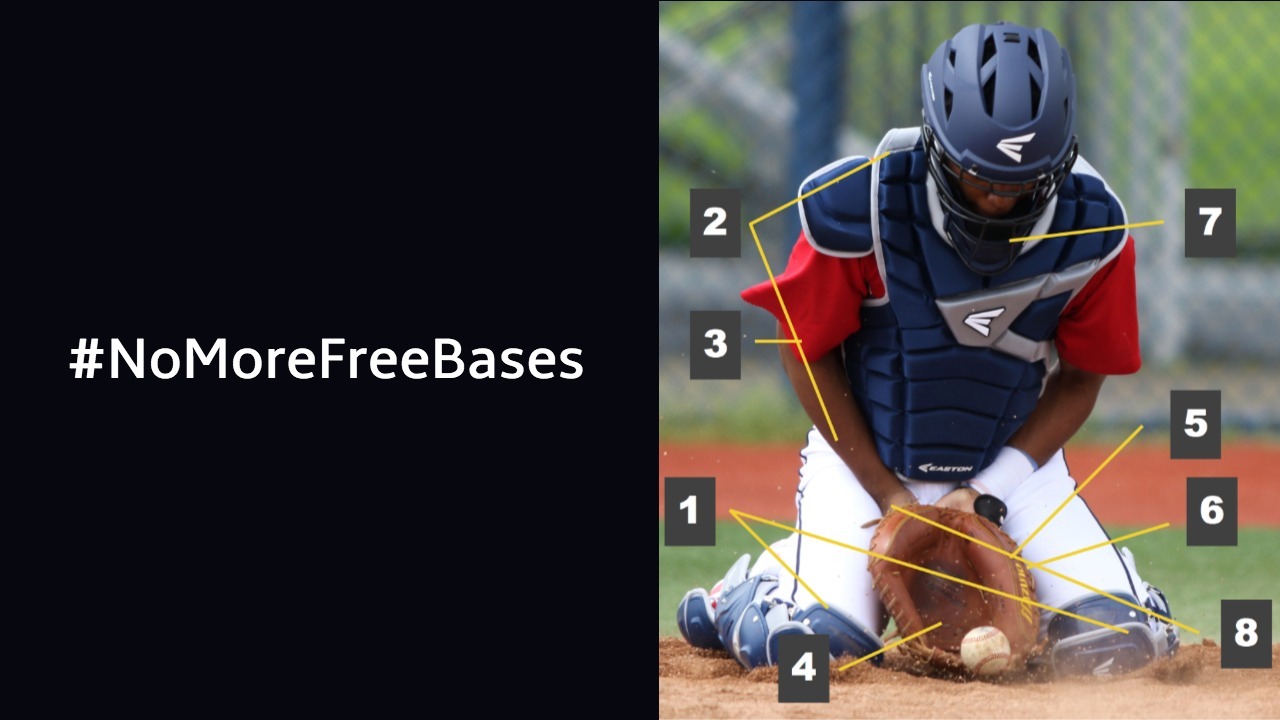 Click here for a FREE cheatsheet from Major League catcher: Perfect Blocking Form – Learn how to stop those balls in their tracks! Become an expert at one of the catcher’s most important responsibilities: BLOCKING! World Series winning catcher Ryan Lavarnway shares tips for blocking, including common mistakes to avoid, so you can prevent those embarrassing past balls and keep the baserunners from advancing. #nomorefreebases!

“Trust of his teammates.”

Dave Van Gorder appeared in 183 games for the Cincinatti Reds and Baltimore Orioles from 1982 – 1987. He collected 786 Putouts as a catcher and gunned caught 27 runners attempting to steal.

His response to the question was: Trust of his teammates.

“Thorough knowledge and awareness of every position on the field, remember and consider every pitch of every game, know the umpire’s inclinations.”

Dan Graham played for the Minnesota Twins and Baltimore Orioles from 1979 – 1981. He appeared in 143 games, hit 17 big league home runs and threw out 39 runners attempting to steal.

“Of course, you want a guy with a strong arm, a quick release, quick feet and soft hands,” Buck Rodgers said. “But the most important thing is getting the most out of a pitcher. If you’ve got a fastball pitcher whose fastball isn’t worth spit, and you get him through five innings, you’ve done a hell of a job. ex-Dodgers’ Mike Scioscia was about as good as there was at that.”

While the catching tips from these ten experienced Major Leaguers may vary in specificity and content, a couple of themes emerge to me.  These themes include qualities that may not immediately come to mind when thinking of the important skills a catcher needs.

So yes, you of course should hit well and have solid defensive fundamentals in order to make it to the next level.

But to truly separate yourself from the rest, focus as well on developing intangible skills like leadership, knowledge and toughness.

Remember that there is great value in learning from those who have gone before you. Their advice can help shape you into the ballplayer you need to be in order to realize your dreams.

Now, it’s your turn to share your own baseball catching tips.

What do YOU think is the most valuable skill or quality in a baseball catcher?  Comment below and let us know what matters most to you behind the dish.  I look forward to hearing from you!

Scott Perry is the founder of Catchers Home, a website dedicated to Baseball and Fastpitch Softball catchers. Learn more about his site by visiting https://www.catchershome.com