San Fransisco Giant’s pitcher Tyler Rogers on what is the ideal time between pitches and some pro tips for keeping your pitch rhythm under control.

An important factor for becoming an effective pitcher is tempo. Your tempo, or time between pitches, has much more of an impact on the game than one might think.

Some benefits of picking up the pace are that:

What is the ideal time between pitches?

Around 10-15 seconds between pitches is the optimal time to get you into a good rhythm (with nobody on base).

For example, throw the pitch, say its strike one, catch the ball, take a deep breath, toe the rubber, get the sign, come set, deep breath, deliver the pitch. 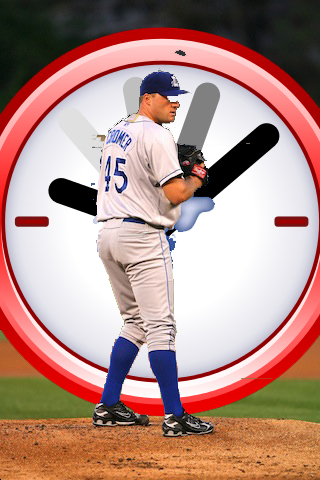 Bad habit alert – Don’t walk toward the catcher every time!

Another thing you can do to help your rhythm or tempo is to stay close to the rubber after the pitch has been thrown. The catcher has an arm; you don’t need to walk towards him each time you throw a pitch.

So, we all should keep tempo in mind when practicing, so that we get comfortable with a faster pace and don’t feel rushed during the games.

It just takes repetition so that it becomes your new normal.

If you are normally a bit slow between pitches, this small tweak can make you appear more confident and ultimately make you a more successful pitcher.

What to read next

Tyler Rogers was drafted in the 10th round by the SF Giants during the 2013 MLB draft. During the 2014 season with San Fransisco Giants high A+ affiliate in San Jose, Tyler compiled an impressive win/loss record and ERA. From the hometown of Littleton, CO, Tyler Rogers attended Austin Peay State University where he was a 2013 Division-1 All-American and Ohio Valley Conference Pitcher Of The Year. In 2013, Tyler posted a NCAA Division I record-tying 23 saves in 2013 and concluded his college career with 35 saves.